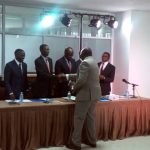 By; Ben Musanje   Buganda Kingdom has recommended for the re-establishment of special District Land Tribunals as a full time dispute resolution mechanism with and expanded membership. Presenting the memorandum on land matters before Justice Catherine Bamugemereire’s Commission of Inquiry into land matters, the Katikkiro of Buganda expressed dissatisfaction over the manner in which land […]

GOV’T APPOLOGIZES FOR OMITTING BUGANDA ON THE MAP 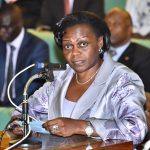 By; Francis Lubega Government has apologized to Buganda Kingdom for omission of Buganda region on the Uganda vaccination map that was released early this month. The map showed how different regions performed in regard to basic vaccination of children but excluded Buganda. The map showed all the traditional regions of Uganda as West Nile, Acholi, […] 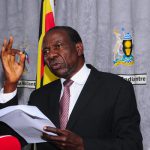 By; Olivia Nabaggala Cabinet has directed the Minister of Finance, Planning and Economic Development to ensure all Accounting officers of government institutions undertake due diligence of all foreign investors to avoid fraudsters. The cabinet decision was reached at during a meeting at State House Entebbe Monday and dully communicated by Deputy ED Media Centre Col […] 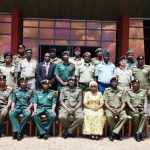 By; Ben Musanje The Chief of Defense Forces David Muhoozi has applauded the Tanzania army for helping Uganda liberate itself from the bad leadership of former president Idi Amin Dada. Gen Muhoozi was today meeting students from the National Defence College of Tanzania led by Brig Gen I. Mhona at the Uganda People’s Defense Forces […]