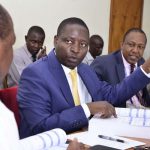 By; Francis Lubega Government has set to collect over 16.2 trillion shillings from domestic revenue to spur National development. This has been revealed by the Minister of State for Planning David Bahati while appearing before the finance committee of parliament to present tax bills for the financial year 2018/2019. Bahati informed the committee that they […] 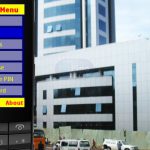 By; Ben Musanje Hundreds of people have turned up to witness while Centenary Bank unveils the newly introduced Cente Mobile Loan service at Kalerwe today. Cente Mobile Loan is a new product that was launched recently at Mapeera house that only requires clients to access loans via their mobile phones once they are subscribed to […] 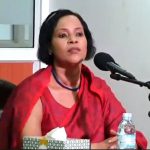 By; Ben Musanje The Queen mother of Tooro Best kemigisa has burst into tears while accusing her in-laws of harassment over land belonging to her late husband King Patrick David Olimi Kaboyo. This was during a cross examination by the commission of inquiry into land matters Deputy Lead counsel John Bosco Suuza leaving her supporters […] 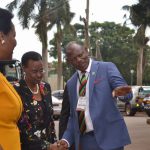 By; Our Reporter The security detail of Education and Sports Minister, Janet Kataha Museveni has roughed up a Makerere University Professor. Janet’s body guards roughed up Prof. Jacob Godfrey Agea this morning to pave way for the first lady in a stretch between the College of Social Sciences – CHUSS and Makerere Main Building. According […]