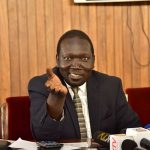 By; Francis Lubega Majinya County Member of Parliament, John Baptist Nambeshe has asked government to consider allocations for the resettlement of people of Bududa district who recently survived landslides. Over 2000 residents displaced by landslides in the different villages of Bududa Sub County in Bududa District were reported to have sought refuge in the nearby […] 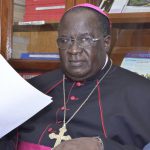 By; Jjunju Francis Those who intend to trek long journeys to Namugongo as pilgrims are advised to first take full medical examination to assess their health status to avoid incidents of death and serious health complications on the way. The Archbishop of Tororo the host diocese for this year’s martyrs day celebrations His Grace Emmanuel […] 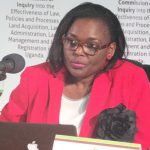 By; Ben Musanje The Minister for Lands, Housing and Urban Development Betty Amongi has for the second time absconded from appearing before the Land probe. Amongi had been scheduled to interface with the Land commission of Inquiry this Thursday after being served with witness summons last week following her failure to attend the same land […] 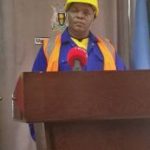 By; Charles Katabalwa As Uganda prepares to join the rest of the world to commemorate the World Day for Safety and Health at work, this April 28, government has threatened to close all industries and institutions engaged in child labour. In 2013 Uganda Bureau of Statistics report indicated that two million out of 18 million […]