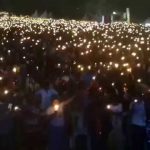 By; News room Thousands of Christians flocked worship places and churches to join in thanks giving prayers as they ushered in the New Year 2019. All the known places for mass gatherings within the Catholic Church like Kiwamirembe, Bukalango, Nsambya and the Martyrs Shrine Namungongo all saw mammoth crowds of believers who celebrated the end […] 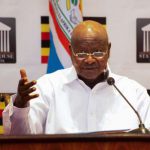 By; Ben Musanje President Yoweri Museveni has threatened to sack over 1000 public officers involving in corruption claiming that the National Resistance Movement (NRM) has the capacity to end this disease. During his News years message Museveni emphasized that appointing Lt. Col. Edith Nakalema to head the Anti – Corruption unit in the statehouse didn’t […] 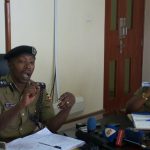 By; Ben Musanje 28th Dec 2018 A total of 762 places and six companies have been cleared by police to display fireworks under strict guidelines at the New Year celebrations across the country. Addressing the media in Naguru, the Police Spokesperson Emilliano Kayima said that District Police Commanders DPCs have been authorized to monitor, stop […] 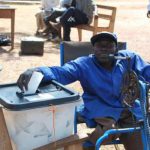 By Charles Katabalwa 28th Dec 2018 Persons with Disabilities (PWD) have asked Government to increase on their representation in Parliament from four Members of Parliament to eight representatives to address their needs. The call was made by Alex Ndeezi, a PWD MP for Central Region during a media briefing today at Pope Paul Memorial Hotel […]