Otafiire tells DP not stress itself for 2021 elections 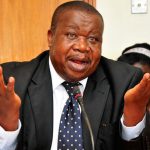 By Ben Musanje 26th April 2019 The Minister of Justice and Constitutional Affairs Maj. Gen Kahinda Otafiire has advised the opposition Democratic Party (DP) to abandon their plans of competing for presidency, given their weak historical governance. This comes at a time when the Democratic Party DP and its alliance parties under the DP Bloc […]

By Peter Ssebulime 26th April 2019 Masaka Municipality Member of Parliament Mathias Mpuuga Nsamba has challenged Uganda Revenue Authority (URA) for failure to engage the business community and traders in the rural areas over tax policies and regulations. This while delivering his massage to a team of URA officials that had camped at Masaka town […] 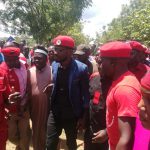 By Our Reporter 25th April 2019 Kyadondo East Member of Parliament Robert Kyagulanyi aka Bobi Wine is among a number of opposition dignitaries who have attended the burial of the former Bugiri District Chairperson Siraji Lyavala at Bugeso Village, Lwemba Sub-county. It’s not clear how Bobi Wine left his home in Magere, Kasangati in Wakiso […] 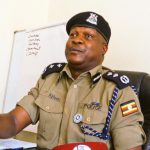 By Olivia Nabaggala 25th April 2019 Police has detained three Uganda Young Democrat UYD members who attempted to take a petition to the commandant Kampala Metropolitan Police Moses Kafeero over what they call the continuous surveillance and attack on their offices along Wilson road in Kampala. The trio was arrested immediately as they started matching […]