KAYIHURA’S LAWYERS TO SEEK HIGH COURT CLEARANCE TO ACCESS HIM. 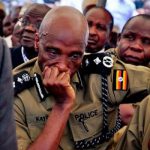 By; Our reporter Lawyers of former Inspector General of Police, Kale Kayihura have reportedly been denied access to meet their client at the Makindye Military Barracks where he is detained. The lawyers Caleb Alaka and Evans Ochieng say they have attempted to approach him for about three days but are only rebounded at the gate […] 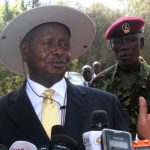 By; Our reporter President Museveni has again warned that political saboteurs who pretend to be cleverer will always end up making bigger and more mistakes and will roundly be defeated by the National Resistance Movement Government. Addressing military students at State House Entebbe who have been undergoing a three-month Political Education and Leadership Training Course […]

UGANDA TO FOCUS ON CAPITAL DEVELOPMENT IN THE UGX 32 TRILLION BUDGET. 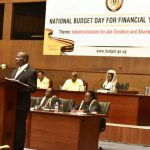 By; Jjunju Francis The Minister of Finance, Planning and Economic Development has presented the National Budget for the next financial year 2018/19 expected at 32 Trillion The budget taken under the theme; Industrialization for Job Creation and Shared Responsibility centering on three priority areas; commercialization agriculture, financing of private sector and industrialization. Transport and works […] 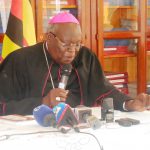 By; Jjunju Francis The Catholic Bishops of Uganda have expressed concern over the increasing kidnaps, organized crime and killings in the country challenging the government and all security agencies to scale up efforts to protect life and property of Ugandans. In a joint statement signed by the Chairman Uganda Episcopal Conference His Grace John Baptist […]