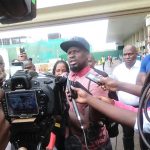 By; Peter Ssebulime Uganda’s sports talented youths might have a smile if they march to the required levels to be connected to international football clubs. This has been revealed by the former Arsenal star Emmanuel Eboue who jetted in the country for a three week tour to share experience with youth targeting to further their […] 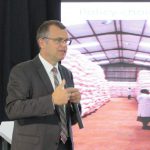 By; Olivia Nabaggala A new World Bank report released this morning in Kampala has called for urgency in closing the gap between Uganda’s agricultural potential and actual performance. The report, titled “Closing the Potential-Performance Divide in Ugandan Agriculture”, notes that agriculture that accounts for 70 percent of employment has not been supported yet it would […] 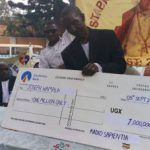 By; Jjunju Francis Radio Sapientia Catechism Competition dubbed Akabinkanno K’Akatikismu for the year 2018 is ready to start on air by the end of June. The competition directly fits in the evangelization mission of the Catholic Church and Radio Sapientia. This year the winner will walk away with UGX 1,000,000 in cash and f fully […] 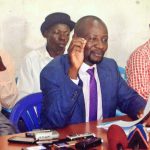 By; Olivia Nabaggala Legislators have warned that without an independent commission of inquiry led by a full judge has been appointed to audit the Uganda Police Force; the country will continue to experience organized criminality including assassinations of politicians among other leaders. In an interview with Rubaga North Member of Parliament Moses Kasibante, even if […]