By; Ben Musanje Government has disclosed that 80 of the 100 patients diagnosed with cancer die every year due to late reporting at the health facilities. This has been revealed in a fifth monthly media breakfast meeting at the Lourdel towers in Kampala where the Ministry of Health and Uganda Cancer Institute (UCI) updated the […]

By; Our Reporter Residents of Kalengera, a village in Ntenjeru Sub County, Mukono district are calling for a fresh valuation of land and properties affected by the construction of the new Water Treatment Plant at Katosi, Mukono district. The plant which is expected to supply 160 million liters of water per day will also have […] 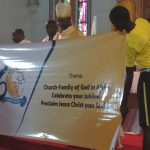 By; Jjunju Francis Africans are challenged against selling their fruits of faith to what is called “Crude materialism” that is slowly eating up the continent. The bishop of Mthatha in South Africa Rt. Rev. Sithembele SIPUKA the 2nd Vice President of SECAM while delivering his homily at the inaugural ceremony of the Golden Jubilee celebrations […]

All is set for Buganda Kingdom Silver Jubilee Celebrations 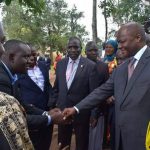 By; Jjunju Franics Just a day left for Buganda Kingdom to celebrate the silver Jubilee of Kabaka Ronald Muwenda Mutebi II on the throne tomorrow July 31st at the main Palace in Lubiri Mengo foreign dignitaries including the guest of honour have already arrived. Last afternoon the emperor of the empire of Asante His Majesty […]