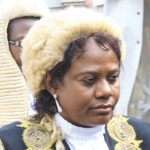 By; Ben Musanje Two Judges of the Constitutional Court, Justices Cheborion Barishaki and Elizabeth Musoke have ruled against extending of the tenure of parliament from five years to seven years. In December 2017, Parliament passed the Age Limit Bill into law and among other things it amended are the tenure of office for MPs and […]

By; Jjunju Francis The Archbishop of Gulu His Grace John Baptist odama has called for selfless service, a virtue that is scarce in the current generation in Uganda. In his message at the last prayers for the late Bishop Joseph Oyanga at the Holy Martyrs’ of Uganda Cathedral in Lira, Archbishop Odama described the Bishop […] 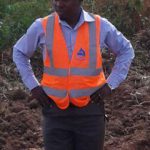 By; Our Reporter The National Water and Sewerage Corporation (NWSC) has called on residents in Kampala and the neighboring areas to store enough water due to the anticipated Ggaba plant shutdown. The water plant will be down on Saturday, July 28, 2018 from 8am to 7pm according to the NWSC Water production manager, Andrew Muhwezi. […] 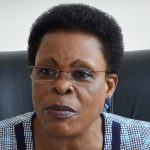 By; Ben Musanje The Minister for Kampala Betty Namisango Kamya intends to lobby for bouncers to be recognized as security providers in the country especially in the field of entertainment. Kamya disclosed this while meeting bouncers under their Umbrella body; Uganda Bouncers Association (UUBA) at her office in the Office of the President in Kampala […]