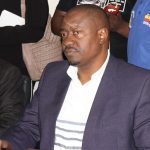 By; Jjunju Francis 18th Dec 2018 Engineer Andrew Kitaka Mubiru, the Director of Engineering and Technical Services at Kampala Capital Authority has been tentatively appointed Executive Director of Kampala. His appointment follows the resignation of Jennifer Musisi Semakula, after a seven year reign at the helm of the city. According to a statement issued by […] 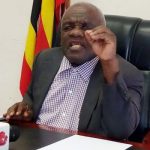 By; Ben Musanje 18th Dec 2018 The Minister without Portfolio Hajji Abdul Nadduli has advised the Katikkiro of Buganda Charles Peter Mayiga to call for a dialogue meeting to review the 1895 Buganda-Kooki agreement.   Addressing the media at the Prime Minister’s office, Nadduli warned that the grumbling due to leadership structure between Buganda Kingdom […] 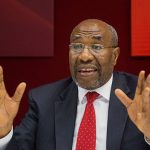 By; Charles Katabalwa 18th Dec 2018   Government and the people’s republic of China (the province of Hunan) have signed a memorandum of understanding to introduce modern and cheap bio gas project in Uganda. The Prime Minister Dr Ruhakana Rugunda told the press at the signing ceremony that bio gas will promote local business development […] 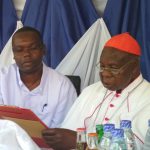 By; Francis Jjunju 14th Dec 2018 Congratulatory messages from the Catholic Church and the public continue to pour in, wishing His Eminence Emmanuel Cardinal Wamala a 92year birthday. Over the weekend, Cardinal Wamala celebrated 92 years in a low-key event at the priests’ residence in Nsambya suburbs where he cut cake and briefly interacted with […]