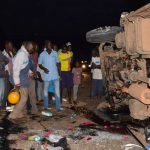 By Our Reporter 19th Dec 2018 Eighteen of the 21 Kapchorwa Bus accident victims have been identified as employees of the National Cooperation of Business Association Cooperation League of USA (NCBA CLUSA). The Head of Communications NCBA CLUSA Bosco Wotulo disclosed to the media on Wednesday in Kapchorwa that the deceased are Sylvia Acheng, Justus […]

Nobody will be evicted in Ssentema- Katikkiro 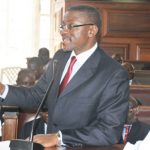 By Olivia Nabaggala 19th Dec 2018 The Katikiro of Buganda Charles Peter Mayiga has assured residents within Busiro County that no one will be evicted as the Kingdom takes on the investment projects in Ssentema village, Wakiso district. Yesterday Buganda Land Board signed a memorandum of understanding with the Chinese firm Gouji to construct affordable […] 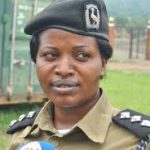 By; Our Reporter 19th Dec 2018 Police in Fort Portal are holding a man accused of kidnapping children in Kabarole district. The suspect is 24-year-old, Amos Mugume, a resident of Kicuuleta Bazaar ward in Fort Portal municipality. According to Lydia Tumushabe, the Rwenzori Region Police Spokesperson, the suspect was picked up from Kasusu in Fort […] 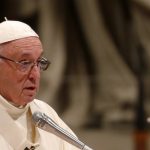 By; Radio Sapientia 18th Dec 2018 Pope Francis has re-affirmed his stand on NOT supporting the death penalty because of the great harm it does to human dignity. In his meeting with the delegation at the Vatican, the Pope set aside his prepared remarks and gave an impromptu address saying, the death penalty is always […]