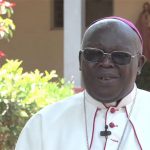 By; Francis Jjunju Catholic Bishops under their umbrella the Uganda Episcopal Conference (UEC) have warned Christians against following the self excommunicated priest Jacinto Kibuuka who claims to have been consecrated a Bishop in the Eastern Orthodox Church. The chairman Uganda Episcopal Conference, Gulu Archbishop John Baptist Odama says Kibuuka’s claims are wrong, unfounded and never […] 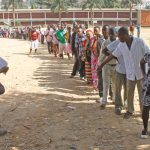 By; Ben Musanje The Electoral Commission has confirmed to have received an interim order that blocks Women Council elections due to Tuesday and the follow up Local Council I vote slated for next week. EC Chairperson Justice Simon Byabakama says that following the two court orders from High Court of Kampala and of Jinja, the […] 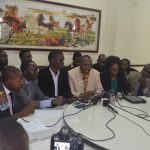 By; Ben Musanje Medical internees have joined the striking doctors by declaring their industrial action that is to start today mid night. Last week the minister of health Dr Jane Ruth Acen warned medical internees from involving in the strike saying they are risking to re-do their internship next academic year. Addressing media at Mulago, […] 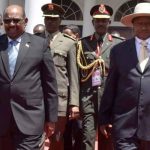 By; Ben Musanje Human rights activists have asked Ugandan government to arrest Sudanese president Omar al-Bashir and surrender him to the International Criminal Court (ICC) where he’s wanted for crimes against humanity. The call by the civil society organizations comes just hours after the Sudanese president arrived in the country for a two-day visit again […]