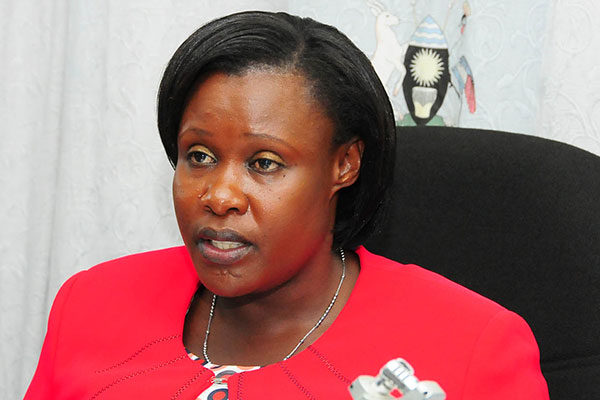 The Vice President of Uganda Jessica Alupo has launched the Sensitization Campaign of the newly elected leaders on the 2002 Leadership Code Act and also the Inspectorate of Government (IG) Strategic Plan 2020/21-2024/25 at the Office of the Prime Minister in Kampala today.

Speaking to the journalists after the launch, Her Excellence Alupo noted that the sensitization campaign is aimed at equipping leaders with information about government properties and the knowledge of fighting corruption in the country at all levels.

She further says that before this is done, all elected leaders must submit the details of their assets, income and liabilities to avoid demotion at all.

Mariam Wangadya, the Deputy Inspector General of Government says that there is still time for elected leaders to submit their assets through online platform that was launched by the IGG in May this year 2021.

She warns that leaders who delayed to declare their wealth contrary to the provisions of the leadership code Act will face punishments in the disciplinary committee of leadership tribunal by August 4 this year.

In April this year, the Office of the IGG disclosed a list of over 4,000 leaders investigated for possible prosecution and sanctioning before the leadership code tribunal.

Previous:
Commissioning of Karuma Hydropower dam is for next year- Minister Nakabirwa