Speaker Oulanyah back at Parliament, calls for Unity 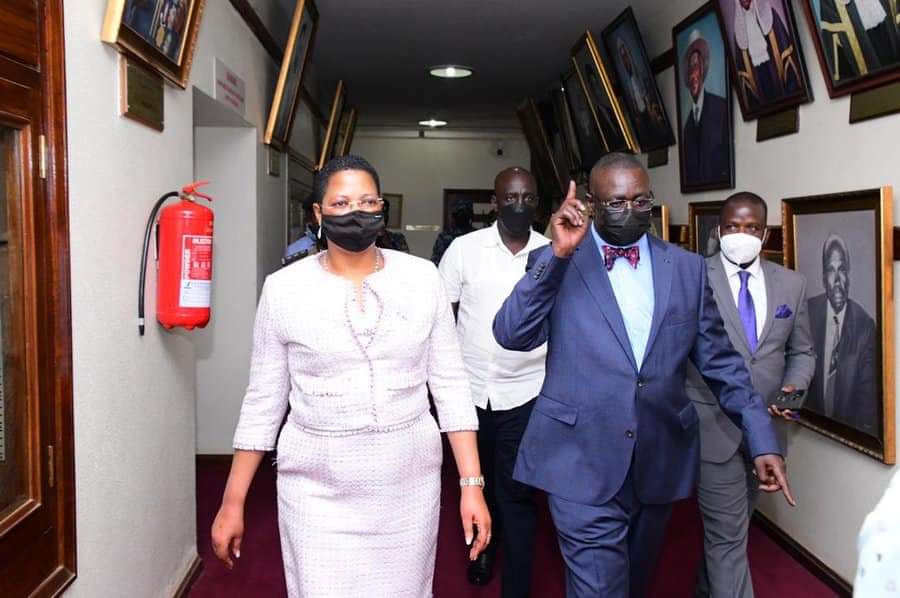 The Speaker of Parliament Jacob Oulanyah has called for unity and cooperation among the legislatures in the 11th parliament.

He made the call during the closed meeting with the Leader of Opposition Mathias Mpuuga, Rt. Hon. Prime Minister Robbina Nabbanja, Deputy Speaker of Parliament Anite Among and other leadership members of parliament after welcoming him from a holiday.

The group also held spontenious prayers from the speaker’s boardroom thanking God for their life and that of the Speaker Jacob Oulanyah.

Delivering the message on behalf of the Speaker, the Director Communications at parliament, Chris Obore said that Oulanyah called for collective responsibility in legislating and also put their titles aside and focus on service delivery to Ugandans.

On the issue of rumors that the speaker has been sick, Obore preferred it to remain private and said it’s a prerogative of the speaker to comment on his health.

Oulanyah returned from the United Kingdom on Friday after over one month in what Parliament says was a private visit to see one of his children.

He last presided over Parliament at the reading of the 2021/2022 financial year Budget at Kololo Independence grounds immediately after his election as Speaker of Parliament last month.