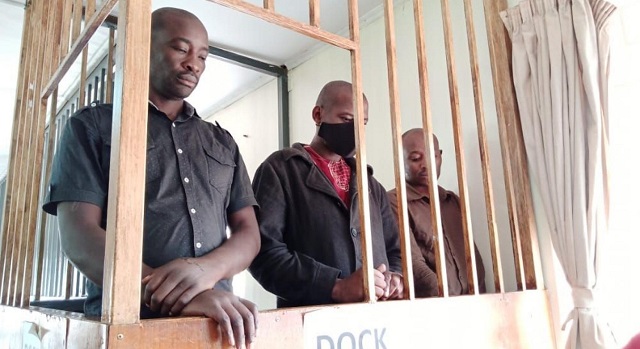 The three who include; Alleluia Barnabas a native doctor, James Ahimbisibwe and Herbert Mutamba both businessmen, have been charged on four counts which include murder, Kidnap with intent to murder, Aggravated robbery and unlawful possession of ammunitions but they have denied all the charges.

The matter has been adjourned to the November 1st 2021 for mention after prosecution revealing to court that investigations are still ongoing.

Prosecution alleges that the trio on September 2nd 2021 at around 4pm while at Fort Portal in Kabarole district with malice aforethought kidnapped with intent to murder Kabagambe and on the same day caused his death and robbed him of 400,000/= shillings.

It further alleges that around September 15th 2021, the trio were found in unlawful possession of ammunitions that is 3 rounds of live ammunitions of AK-47, being a monopoly of the defense forces

Kabagambe’s body was found dumped near River Manga two days after his murder.