THE FAMILY OF COL NDAHURA SECURES A HABEAS CORPUS 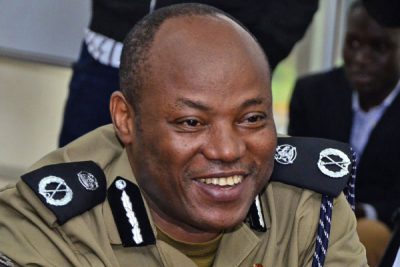 The family of the former director of police Crime Intelligence, Col Atwooki Ndahura, have petitioned the High Court to order the Chief of Military Intelligence (CMI ) and the Attorney General (AG) to have him produced in court.

Through Ochienge Associated Advocates, Col Ndahura’s family led by the wife Sarah Ndahura filed a habeas corpus which orders for production of the accused on top of seeking a compensation of Shs200m plus any damages the court may deem fitting.

Col Ndahura was arrested at Peace Corner Motel in Masindi Town On June 11.

The AG, CMI, Inspector General of Police (IGP) and the Chief of Defence Forces (CDF) are named as the respondents in the application. Col Ndahura’s wife Sarah Ndahura is named as the applicant.

Col Ndahura is among the 26 people, including police and military officers, who have been arrested and implicated in criminal activities during the 12 years of the controversial reign of former Inspector General of Police Gen Kale Kayihura, who is currently in detention in Makindye Military Barracks.