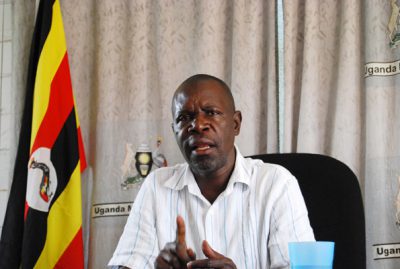 Government has approved a proposal to borrow USD 76.9 million from the African development bank to support the agriculture value chain development program- AVCP in the country.

The executive director of Uganda Media Centre     Ofwono Opondo told the press at the media center that this is part of the resolutions of the cabinet to support agriculture development programs   such as provision of water for irrigation, to rice farmers in Eastern Uganda, through the construction of irrigation scheme in the districts of Sironko, Bulamburi, Bukedea and small scale irrigation for upland farmers in northern districts of Gulu, Pader, Oyam ,Amulatai and then come down to Kamuli.

He adds that one of the biggest problems to be addressed in 28 districts in the country is post harvest handling – farmers need to have granaries or stores to keep their produce for long period of time.

Previous:
EUROPEAN UNION, IS ANGRY WITH UGANDA ON THE MODE OF LCI ELECTIONS