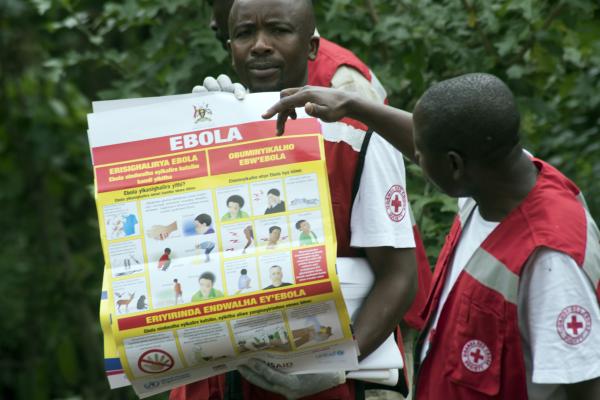 The leadership of public transport in Kampala have embarked on putting in place short term measures that could prevent the spread of Ebola virus among their passengers as they await the guidelines from the Ministry of Health.

This comes at a time when the Health Ministry has confirmed seven cases of Ebola including that of a 24-year-old man who died earlier this week in Mubende district.

Nelson Ssekandi, General Manager Namayiba Bus Terminal and Park in Kampala says that they have started using community radios or speakers to decampaign shaking hands and hugging and also establishing washing points in parks and terminals for passengers in efforts of fighting the spread of Ebola virus.

He says that they intend to print and display stickers on buses that will be guiding passengers on Ebola virus prevention.

However, the Vice Chairperson of Old Taxi Park, Peter Kirabira says they are going to have a leadership meeting that will resolve short term measures of protecting their passengers from getting infected with Ebola virus.

On Tuesday, the Health Ministry Permanent Secretary Dr. Diana Atwine indicated that they won’t put sanctions on transport enrooting to Mubende only they are to issue measures of preventing the spread of Ebola virus.