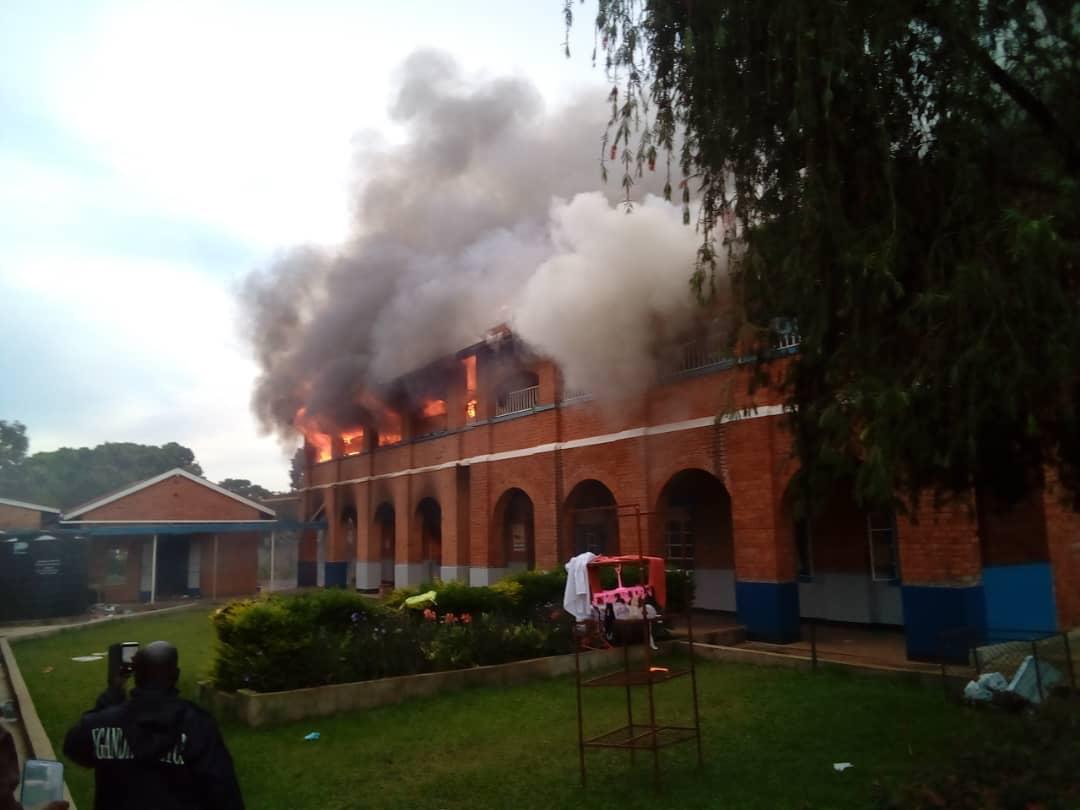 Preliminary police findings into the fire that gutted a dormitory at King’s College Budo point to possible arson.

On Tuesday morning this week, fire gutted Grace House, one of the girls’ dormitories at King’s College Budo in Wakiso District around 6.30am when students were out for preps destroying student’s property worth millions of Shillings.

Moments after the incident, several people including Wilberforce Kityo Luwalira, the Bishop of St. Paul Cathedral Namirembe visited the school and appealed to police to carry out expeditious investigations and release their findings.

Now, a report from the preliminary investigations conducted by the Directorate of Fire and Rescue Services shows that the fire was an act of arson.

According to Luke Owoyesigyire, the Deputy Kampala Metropolitan Police Spokesperson, their investigations show that the fire started from a dormitory window where there is no electricity connection.

Hassan Kihanda from the Directorate of Fire and rescue services, who is heading the investigating team, says that their findings are not conclusive.

Meanwhile Natete police station is also investigating another fire at King’s Fahad Islamic primary school in Busega, a Kampala City suburb on Tuesday evening. The fire that broke out on the second floor of the building that housed dormitories also reduced the pupil’s property to ashes.