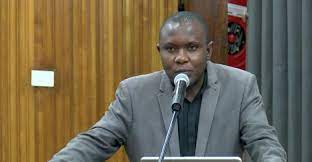 As Uganda prepares to join the rest of the World to commemorate this year’s World Press Freedom Day on May 3, Human Rights bodies and Journalists’ associations have laid out issues that government and its institutions should work upon to ensure that media freedom is protected and promoted in the country.

This was during a joint press conference ahead of the week-long activities of commemorating the World Press Freedom Day next week under the theme; “Information as a Public Good” organized by the Uganda Human Rights Commission (UHRC), Uganda Journalist Union (UJU), Uganda Journalists Association (UJA), Uganda Press Parliamentary Association (UPPA) and Human Rights Center Uganda (HRCU) among others.

Addressing the media in Kampala, the Acting Chairperson UHRC Dr. Amooti Katebalirwe says that there is a need for Parliament and the Ministry of Justice and Constitutional Affairs to review the current legislation with a view to empowering journalism professional bodies to discipline their members for professional misconduct.

Moses Mulondo, the UPPA President has called on government to consider public financing media houses from the national budget in order to improve the payments of journalists from their workplace to avoid compromising them by the source.

Matthias Rukundo, the UJA President urges security agencies to continuously respect their commitments of protecting and working with journalists in promoting the press freedom in the country than violating and abusing their rights.