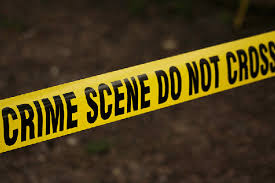 Muhammad Kamada Kimbugwe (50years) who had gone to serve letters to his tenants for a meeting that was to be graced by the State Minister for Lands Persis Namuganza was hacked to death last weekend.

Those in custody include Minana Village Chairman Ibra Muyingo, his wife Miss Muyingo and their son John Kulumba, Vice Chairperson only identified as Ssenyonga and the Defence Secretary Vincent Kasule.

Enanga said these are not party of the 14 suspects including women who have been arrested for allegedly killing seven elderly people with intention to take their property.

Four cases were reported from Rwizi region that covers Mbarara, Bushenyi and Sheema districts while Other cases have been recorded in Elgon region particularly Mbale, West Nile and Kigezi region where the elderly have

Previous:
Foreigners warned against dealing in gold with middlemen