Parents to be summoned for giving away children to terrorists 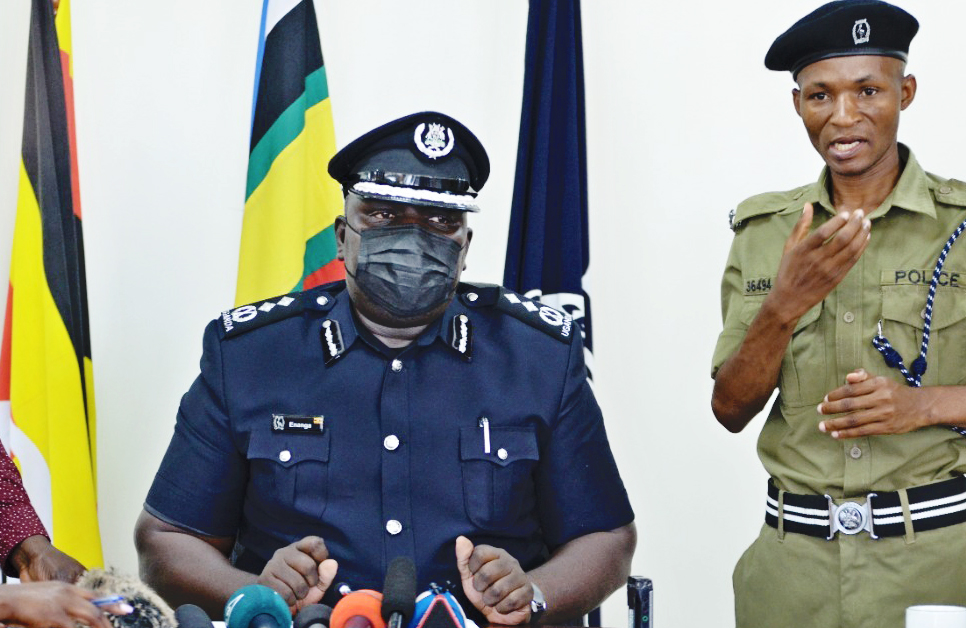 Police have set to summon parents whose children were rescued from the suspected terrorist mobilizers and recruiters in the country.

Fred Enanga, the Police Spokesperson says that these parents will have to record statements as an account for why they have not been reporting about the whereabouts of their children.

This comes after 22 children were intercepted at Kasengejje sheltered by one Sheikh Suleiman Nsubuga who is on the run over alleged training of terrorists, radicalizing potential recruits and providing materials to improvised explosives devices.

The children that were recruited from the districts of Kayunga, Bugerere, and Kagoma among others were found sheltered by Sheikh Nsubuga’s aids Ismael Kaija and Muhammad Ssewakiryanga who are both under custody.

Meanwhile, two Somalis Nationals are detained at Kabalagala police station for allegedly being in possession with a bomb detonator while accessing Speak Resort Hotel Munyonyo over the weekend.

Abdul Karim Mayor (25), a special hire at Lungujja was hired by a friend Muhammad Hassan (28) to pick his family to Speak Resort Hotel in a Toyota Wish UBF158C in which a bomb detonator was found by the security at the hotel’s checkpoint but both are detained as investigations continue.