By; Charles Katabalwa Tax drivers are cautioned against recklessness on road to avoid accidents and carnage that has claimed lives. Sinani Ssempebwa the newly elected chairperson of Wandegeya-Kamwokya-Ntida Stage told the media today at Wandegeya shortly after swearing in and presentation of his cabinet that many drivers blame accidents to bad roads which is not […] 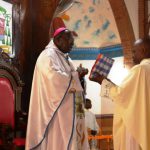 By; Francis Jjunju   The ordinary of Masaka Diocese Rt. Rev. Bishop John Baptist Kaggwa has prayed for Uganda to be free from Corruption, poor services and financially independent among Ugandans. Bishop Kaggwa says Uganda once a country, called the Pearl of Africa is losing on the Spirit of national unity, to save guard her […] 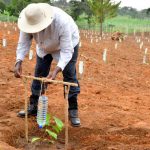 By; Ben Musanje President Yoweri Museveni has listed about 15 irrigation projects government is yet to launch across the country this financial year to improve on the commercial agro production. Jotting from over 10 page speech at the 56th Independence Day celebrations in Kyotera district this evening, Museveni said the projects will enhance the country’s […] 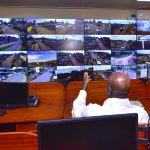 By; Frank Jjunju President Museveni has commissioned the National Command and Control Center-of the CCTV at Natete newly constructed Police Station. Museveni promised the installation of Closed Circuit Television to deal with increased assassinations following the killing of ASP Andrew Felix Kaweesi in March 2017 a project that has materialized in September 2018 a year […]