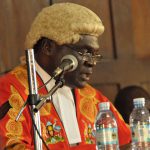 By; Ben Musanje The Civil Society Coalition in Defense of Constitutionalism and Rule of law is concerned by what they term as the illegal transfer of Age limit court proceedings from Kampala to Mbale. Early last week, the Judiciary through the Deputy Chief Justice Alfonse Owiny-Dollo in a surprise move announced that the five constitutional […]

By; Francis Lubega The Parliamentary Forum on Disaster Risk Reduction and Mitigation want the government to enhance its flood management system starting with a fear budget allocation to save Ugandans from this national calamity. The chairperson of the forum, Alex Byarugaba, says that the proposed allocation of 77 billion Shillings to the contingency fund is […] 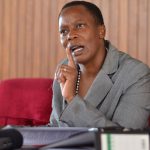 By; Francis Lubega The Shadow Minister for Local Government Betty Nambooze has threaten to petition World Bank to stop any loan funding to Kampala Capital City Authority (KCCA) over the move to amend the KCCA Act feared to leave councilors powerless and extension of boundaries of Kampala. In the amendments presented to parliament by the […] 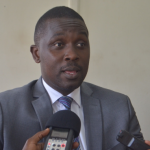 By; Francis Lubega The Parliamentary Committee on Health chaired by Dr. Michael Bukenya has for the second time dismissed a delegation from the police force for failure to apprehend fake drug dealers in the country. The committee had ordered the same team to appear with the Inspector General of Police (IGP) to answer accusations of […]