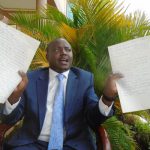 By; Ben Musanje Government has recalled the titles issued to the State Minister for Water and Environment Ronald Kibuule for the disputed land in Kigaya- Golomolo, Buikwe district. It is alleged that last year, Kibuule, who is also the Mukono North Member of Parliament, fraudulently acquired ownership of land measuring more than 85 acres on […] 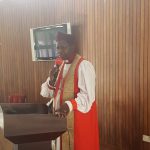 By; Francis Lubega Archbishop of the Church of Uganda, Dr. Stanley Ntagali has pronounced at Parliament that the Church will never leave matters of leadership and politics to the hands of only the elected politicians. Bishop Ntagali while leading Ash Wednesday prayers today at Parliament stated that politics is a way of governance of the […] 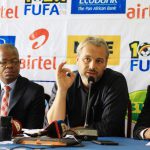 By; Our Reporter The Federation of Uganda Football Associations (Fufa) has disclosed that the government has released funds with some of it to cater for monthly stipends for 50 players for six months. Eng. Moses Magogo, the FUFA President said on Wednesday that for the start, 50 national team players will be paid from January […]

CHAOS IN POLICE COURT AS KIRUMIRA TRIES TO SNEAK OUT 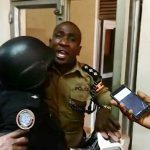 By; Our Reporter Former Buyende District Police Commander, ASP Muhammad Kirumira has caused panic and unrest in the Police Court that convened at the force’s headquarters in Nagulu when he tried to match out in protest of the hash bail conditions. Kirumira had appeared to hear his bail application and court presided over by Denis […]