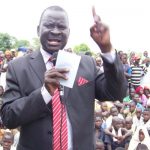 By; Jjunju Francis Democratic Party has withdrawn her candidate in the Arua Municipality By-election Kennedy Madira and decided to rally behind an independent candidate Kassiano Wadri the former Terego county MP. In a press conference held this evening at City house the PDP Party President Dr. Abed Bwanika the official spokesperson for the DP re-union […] 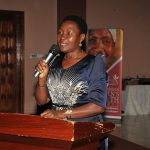 By; Ben Musanje It has been discovered that one in every three girls and one in every six boys which represents 35 and 17 percent respectively experience sexual violence during their childhood. This has been disclosed in the 2018 Uganda Violence against Children Survey (VACS) that has been launched today in Kampala by government and […]

Dr. Besigye’s fumes over the extension of his Mbarara case to September 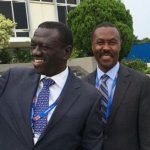 By; Our Reporter Mbarara Grade One Magistrates Court has adjourned the case in which the former Forum for Democratic Change-FDC party president Dr.Kiiza Besigye is accused of inciting violence along with Ingrid Turinawe and Besigye’s driver Kato after prosecution failed to present the witnesses. The accused appeared before Mbarara Grade One Magistrate Sanyu Mukasa on […] 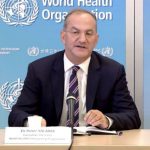 By; Our Reporter The Ministry of Health has listed districts of Kampala and Wakiso among the high-risk areas that require increased surveillance in the wake of the deadly Ebola outbreak in the Democratic Republic of Congo-DRC. This follows confirmation that parts of North Kivu Province near the borders with Uganda and Rwanda have been devastated […]