By; Olivia Nabaggala The Katikiro of Buganda Charles Peter Mayiga has challenged government over the newly introduced tax on mobile money. Addressing the Buganda Lukiiko at Bulange Mengo Katikiro Mayiga noted, he is still confused with the tax because it was expected that the mobile money agents would be the ones to pay for the […] 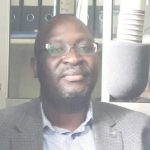 By; Olivia Nabaggala   Buganda kingdom has today passed a budget of 96bn for the financial year 2018/2019 prioritising renovation and completion of Buganda institutions like Muzibu azalampanga, Butikiro, support of agriculture and start of Mengo Finance Company and Buganda Insurance called Royal Insurance Company. Under the new budget the Kingdom will continue with the […]

FDC CALLS FOR HEAVY DEPLOYMENT TO SECURE THE LCI ELECTION 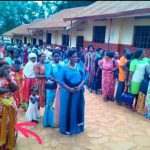 By; Charles Katabalwa Security has been beefed up in Sezzibwa region as the country goes to the polls, tomorrow, to elect their local council leaders. Mapped black spots that include; Nakibizzi, Mbikko, and Nile in Njeru municipality, Natetta in Kayunga district, and Twojera landing site, Buwangwe, Noowa, Mayinja, Namijiri and Bulugulu, in Buvuma have in […]

A FAMILY IS A PILLAR TO ANY SUCCESSFUL NATION 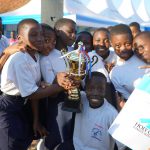 By; Jjunju Francis The Vicar General of Kampala Archdiocese Msgr. Charles Kasibante has called for well founded families as they are the pillar to a strong Nation. He says a country without firm grassroots breed a weak generation thus hailing the Holy Cross Family Ministries for the mission of strengthening the families, deepening of faith […]