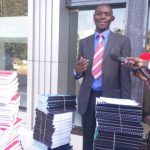 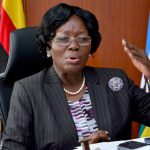 By; Francis Lubega The Speaker of Parliament Rebbeca Kadaga has vowed not to support the taxes on mobile money and social media. The surprise U-turn was announced during a meeting with pharmaceutical society Uganda at parliament where she was called to launch a special run to fight sickle cells. Kadaga’s position came after the secretary […] 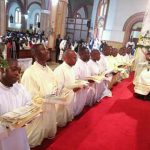 By; Jjunju Francis   Lubaga Cathedral filled to capacity as parents, priests, friends and well-wishers converged to witness the ordination of 16 priests and 14 deacons the highest number in the recent past by the Archbishop of Kampala Dr. Cyprian KizitoLwanga. Dr. Lwanga was accompanied by among others the Bishop Emeritus of Hoima diocese Rt. […]

Collection of data for the cause of beatification of Fr.Mapeera finalized in Uganda. 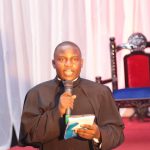 By; Jjunju Francis The exercise for the collection of date to support the cause of beatification of Fr. Laudel Mapeera and Br. Amans has ended in Kampala Archdiocese and the official closure of the exercise is to be held on September 8th at St. John Baptist Nabulagala Parish. According to the Chancellor Fr. Dr. Joseph […]