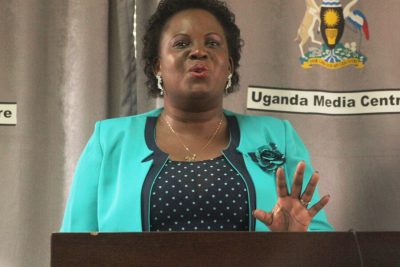 The Minister of Lands, Housing and Urban Development has rejected the nomination of Enock Nyongore, as the Nakaseke District Land Board chairperson over the alleged involvement in land grabbing.

The District LCV Chairman Ignatius Koomu says that he even petitioned Justice minister Otafiire Kahinda, to resolve the challenge that has taken them over seven months who equally upheld the rejection.

Nyongore was allegedly named before the Justice Catherine Bamugemereire-led probe commission among the people who grabbed part of the land belonging to Kaweweta Army Training School in Nakaseke district.

But Nyongore describes the decision by the minister as unfair.

He adds that although he owns land in the area, the land in question is not part of 36 miles belonging to the army training school.

The district Vice Chairperson Richard Mavuma says that the district council has since nominated James Katumba Israel to act as an interim chairperson until Nyongore’s issues are cleared.

He added that delays in the appointment of a land board chairperson, all land related applications in the district have remained pending.