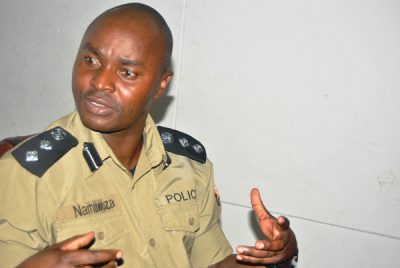 Church of Uganda has reached on consensus with Security agencies on security terms that are supposed to be implemented for the Martyrs Day celebrations.

While in a meeting at Martyrs Shrine in Nakiyanja – Namugongo on Friday evening, the Deputy Kampala Metropolitan Police Commander Denis Namuwoza says the completion of the perimeter wall at the Martyrs shrine will ease the security operatives in exercising their duties.

He urges the Organizing Committee for Martyrs Day Celebrations at Nakiyanja -Namugongo to limit the VVIP cards for easy deployment of security officers.

Assistant Commissioner of Police Aluku Maluku, who is the Head of Security for this year’s Martyrs day celebrations at Nakiyanja Martyrs Shrine, urges the public to avoid moving with luggage that could antagonize their prayers and delay security.

Bishop of West Buganda Henry Katumba Tamale appeals to the public and the churches alongside the roads to provide support like food, water and accommodation among others for pilgrims.

His Grace Johnson Ole Sapit, the Archbishop of Kenya is the guest preacher of this year’s Martyrs day celebrations at Namugongo- Nakiyanja Martyrs Shrine on May 3rd.