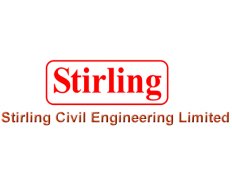 The Lord Mayor of Kampala Erias Lukwago has scoffed at Stirling Construction Company over their slow and substandard works on the roads they were contracted to construct in Kampala which is failing service delivery.

This was when leaders from Kampala led by the State Minister for Kampala, Kabuye Kyofatogabye together with the Lord Mayor Lukwago, the KCCA Executive Director Dorothy Kisaka, Lubaga Division Mayor Zacky Mberaze and others were launching the construction works for the I.6km Nabulagala Road and  the 3.5km Lubiri Ring Road.

While officiating at the ceremony, Lukwago blamed the contractors for taking long to complete the works and started blaming it on rain and other small issues and warned that if these two roads are not complete in time, Stirling Construction Company will not be awarded more contracts by KCCA.

Meanwhile, Lukwago has blamed Minister Kyofatogabye together with the Rubaga Deputy Resident City Commissioner –D/RCC Anderson Burora for talking ill about the elected leaders in Kampala whenever they are on radio and Television talk shows.

He says this is a bad practice against fellow leaders and paints them in a bad image amongst their voters.