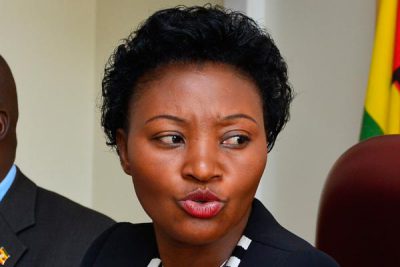 Kasese district Woman Member of Parliament Winnie Kiiza has revealed that she has not been either sent a letter or approached by any of the Forum for Democratic Change (FDC) party leader over her  reshuffle from the Office of the Leader of Opposition in Parliament.

According to Kiiza, she was attending a conference in California in USA at the time the news came out last Friday but hasn’t received any formal communication regarding the replacements three days down the road.

Although Kizza still treats the changes as media speculation, Kasiro County MP Elijah Okupa, who accompanied the LOP while addressing the media at Parliament on Monday afternon, said if the changes were made in the spirit of revenge, the FDC party is bound to lose its credibility as a leading opposition party in the country.

He cautioned on whoever is doing that that it would be a dangerous step taken by FDC leadership.

However, Amuriat has defended himself saying his reshuffles were aimed at bringing party representatives and the House to order.