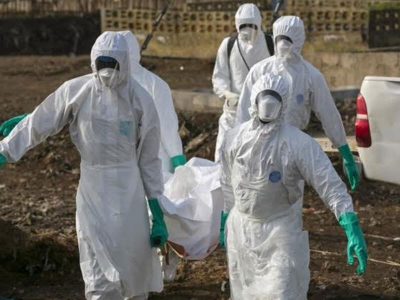 A team of experts from the Uganda Red Cross and health sector, political leaders and volunteers have launched a Social mobilization in areas neighboring the Democratic Republic of Congo, following another outbreak of the deadly Ebola virus in North Kivu Province.

The effort comes amid fears that the outbreak in North Kivu has the potential to transmit more rapidly given its location and the great deal of frequent cross-border movement involving traders and communities from Kivu to Uganda, Rwanda, Tanzania and Burundi.

Dr Salama from WHO says the longstanding conflict in Eastern DRC – might cause spread of the disease hence a need to address it as urgently as possible.

The World Health Organisation has released USD 2 million from its contingency fund for emergencies to help fund DRC’s response to the newest outbreak in the five confined health zones of- Mabalako, Beni, Oicha, Musienene, Butembo – and the Mandima health zone in Ituri province.

Previous:
Kiiza unaware of her replacement