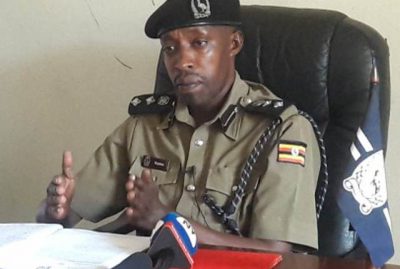 The Uganda Police Force (UPF) is hindered by the delay of the parliamentary approval to commence the services of the Regional Forensic Referral Center of Excellence in fighting cyber crimes.

says that all the necessary preparations have been completed to kick start the services of an ultra modern forensic facility in enhancing its capacity of handling high cyber crimes with the use of technology.

On December 2nd 2017, this project worth over 60million US dollars was ground broke at Naguru Police headquarters by President Yoweri Museveni involving the support of government and the exchange of 60 acres of land to the investor.

In the same vein, police has also started to implement a project dubbed as the National CCTV, which is a brain child of President Yoweri Museveni aimed to aid an Automated Finger print system (AVIS) to capture information and data from all suspected criminals.

Kayima says the programme is expected to begin in October this year to house all security intelligence offices under the constructed national command centre at the Police Headquarters in Naguru.

The project started on 16th last month with laying of the fiber cable channels in Kampala metropolitan area expected to cover 1300km and installation of 3233 cameras out of 5552 CCTV cameras so far procured to increase on security in the country..

Police is partnering with various organizations like UMEME, UWSC, NIIRA, NITA, UNRA, Citizens alert and ministries of works to realize the project that will not only avert criminality but also improve on traffic management on the road.