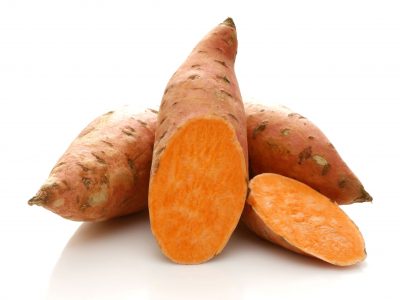 The Kasana – Luweero Diocese has launched a food security project worth 300 million shillings.

The initiative, dubbed Orange Sweet Potato Project a food rich in Vitamin A, Zinc & Iron was launched by Bishop Paul Ssemogerere at the diocesan headquarters and wants to improve on food available in the area.

The seeds for growing the crop have been provided by Namulonge Agricultural & Animal Production Research Institute, looking at its timeliness in terms of growth taking only three months to mature.

The targeted number of farmers to benefit from this initiative is 3,360 from four parishes, including; Kasana, Katikamu, Kasaala & Kikyusa.

Rev. Fr. Hilary Muheezangango, the Director of Caritas Kasanaensis the social development arm of the diocese in which this project falls, reveals that the project is funded by Harvest Plus & The International Food Policy Research Institute based in the US.

He says this is a one year project but after that period farmers will continue growing with the crop across the 20 Parishes in the Diocese and they want to boost nutrition for mainly lactating mothers, but also enhance the diocesan granary since it will be processed into flour for proper storage.

Posted: Wednesday 20th May 2020 03:33:17 PM
Next:
Pope Francis announces a prayer for protection of the Earth, Sunday

Previous:
Remain vigilant over COVID-19 amidst lifting of the lockdown