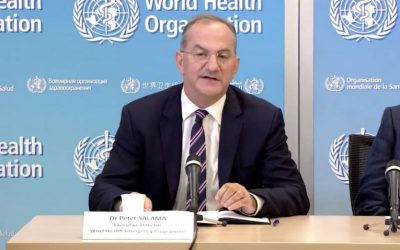 The Ministry of Health has listed districts of Kampala and Wakiso among the high-risk areas that require increased surveillance in the wake of the deadly Ebola outbreak in the Democratic Republic of Congo-DRC.

This follows confirmation that parts of North Kivu Province near the borders with Uganda and Rwanda have been devastated by the Zaire strain of the Ebola virus, a serious illness which is often fatal if untreated. It has already claimed 36 lives and 46 others put under strict inspection by the DRC Ministry of Health.

World Health Organization (WHO) Deputy Director for Emergency Preparedness and Response Dr. Peter Salama says the analysis of genetic sequencing showed that the outbreak in North Kivu is separate from the one that had been declared over in Equateur Province two weeks ago and that the virus poses a high risk to Uganda, Burundi, Rwanda, and South Sudan.

The Ministry says that surveillance teams are on the ground to tame spread of the deadly virus into Ugandan territories, advising the public to report suspected cases of Ebola to health facilities, or call a toll free line 0800100066 for quick response.

Posted: Thursday 9th August 2018 06:56:12 AM
Next:
Dr. Besigye’s fumes over the extension of his Mbarara case to September