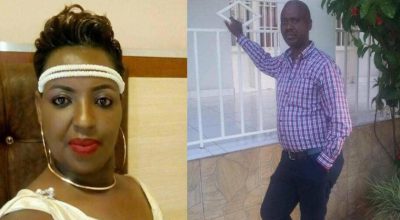 High Court has ordered the Police Director of Criminal Investigations Department to produce a Rwandan Couple that was allegedly arrested.

Justice Lydia Mugambe of Civil Division ordered that Claudine Uwi-neza and her husband Darius Kayo-bera should be produced before court on April, 24th and show why they have been arrested for long without being charged.

A writ of habeas corpus that has been issued over the matter is a document requiring a person under arrest to be brought in court to secure his or her release unless lawful reasons are indicated for their detention.

Uwineza and Kayo-bera were arrested on January, 29th 2019 from Rubaga, Bakuli reportedly by the Chieftaincy of Military Intelligence (CMI) operatives as they returned to their home.

Their lawyer Eron Kiiza who filed an application against security forces says that ever since the couple was arrested they have never been charged or produced in any court to show why they are being detained.

Kiiza said that their children and relatives have since failed to talk to them and notes that there is urgent need to release them because they are diabetic.

Kiiza on April, 3rd, 2019 also wrote to the Inspector General of Police, Martin Ochola seeking to know the whereabouts of the couple but in vain.

According to the court documents presented by Brian Musota, a representative of the Solicitor General, the couple was arrested by the army for spying but was later handed over to police.

In one of the documents signed by the Joint Chief of Staff for the Defense Forces, Lt General Joseph Musanyufu says that they were arrested by Chieftaincy of Military Intelligence on allegations of espionage.