EUROPEAN UNION, IS ANGRY WITH UGANDA ON THE MODE OF LCI ELECTIONS 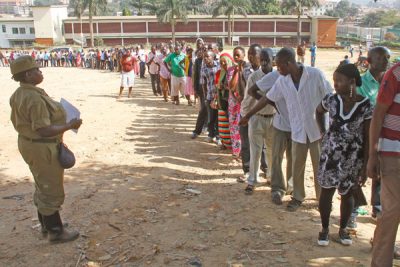 European Union has accused government for failing to accept their offer to support in the organization of the LC1 elections.

In a meeting held with the speaker of Parliament Rebecca Kadaga, the 12 ambassadors of different countries have expressed concerns on the mode of LC1 elections exercise and the safety of the electorates.

Two years back Parliament passed a resolution to hold the LCI election through an open vote system by lining behind a candidate that is feared to cause misunderstands and hatred.

The European Union Ambassadors say the exercise will expose danger of human violence especially on women in case a wife lines to vote against the wish of their spouses.

The LCI, II and Women Council leaders will start on July 8th at a cost of 15 billion shillings.