EC called to have full control over the election. 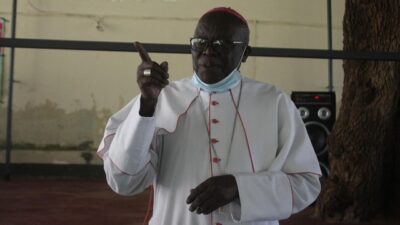 The Archbishop of Gulu Archdiocese John Baptist Odama has called on politicians to learn to respect their voters and also leave the Electoral Commission to take charge of the Electoral process.

He has said this as one of the Leaders from Acholi Sub region who have condemned the recent electoral violence that broke out in Kampala and other parts of the Country following the arrest and detention of National Unity Platform – NUP Presidential candidate Robert Kyagulanyi allias Bobi Wine.

The Nwoya district woman MP Lilly Adong says the NRM government should not use COVID-19 as a scapegoat to brutalize and commit crimes against humanity on the citizens of the country.

According to Adong, it is useless for the government to pretend to be observing and promoting democracy, Pan-Africanism to Ugandans and the region yet they can’t practice it.

Adong appeals to the youths to go slow with jumping into riots and demonstrations especially when the region is still recovering from the over two decades of war in the region.

While addressing NRM leaders in East Acholi at the Watoto grounds in Gulu City early this week, Jacob Oulanyah, the Deputy Speaker of Parliament and the Omoro County MP cautioned the youths against involvement in riots and demonstrations and that most opposition politicians are feeding the people of Acholi with false propaganda, hate and negativity.