DP leaders in Mukono launch campaign to save NUP protesters. 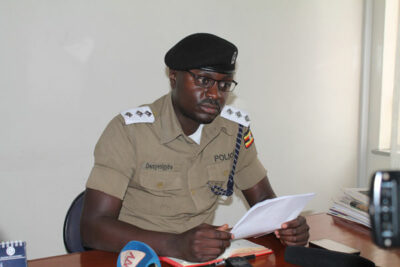 Leaders of the Democratic Party-DP leaders in Mukono District have launched a campaign to seek the unconditional release of the National Unity Platform-NUP supporters arrested during protests in the district.

More than 30 people were been arrested since Wednesday when protests erupted following news of the arrest of NUP Presidential candidate Robert Kyagulanyi Ssentamu, who is accused of defying guidelines put in place by the Electoral Commission and the Ministry of Health on controlling the spread of COVID-19, during campaigns.

The suspects were reportedly involved in blocking the highway with burning car tyres,  defacing posters of National Resistance Movement-NRM candidates, and destroying property.

the DP leaders are saying that the suspects have been detained for more than 48 hours without clear charges brought against them, yet none of their family members is accorded access to them, contrary to provisions of the law.

Mukono District DP Chairperson George Fred Kagimu who also serves as the party vice president in-charge of the central region says their mission to demand the release of the suspects is intended to show solidarity with other opposition parties.

Peter Nsamba, the Mukono Municipality DP spokesperson says that the government is evoking hatred among its people by detaining them without charges.

The Kampala Metropolitan Deputy Police Spokesperson Luke Owoyesigyire says that the suspects shall soon be arraigned in courts of law as soon as investigations are done. He adds that their files have been forwarded to the Residents State Attorney for further action.