Ebola outbreak confirmed in Uganda, public told not to panic 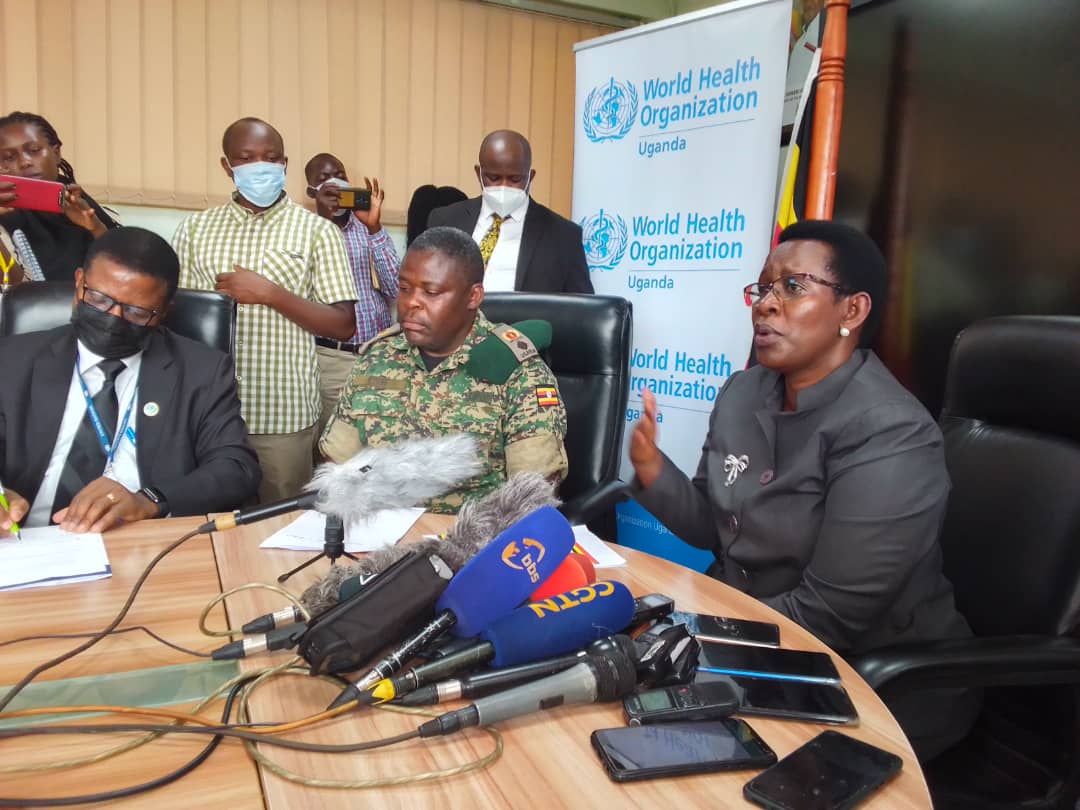 Uganda has been confirmed to have got a rare and deadly disease in people and nonhuman primates Ebola, according to the Ministry of Health.

Dr. Atwine told journalists at a press conference at the ministry, that they have dispatched a rapid response team to Madudu and Kiruma villages in Mubende to do a verbal post-mortem on the six reported victims who died between September 11th and 15th, 2022.

The team is also expected to gather the contacts of the confirmed case for quarantining. According to Dr. Atwine, three adults and three children who died were living in the same family with the confirmed case, which has now been isolated in the mortuary awaiting burial by the medical team.

While this case has been confirmed, the exact source of infection is still unclear as epidemiologists both at the Ministry and the World Health Organization, say no country has reported the circulation of the Sudan variant.

The neighboring DRC has over the last three years been registering outbreaks of the Zaire variant as Dr. Henry Kyobe explains.

Commenting on this development, Dr. Bayo Fatunmbi, the Acting World Health Organization(WHO) Country representative asked the public to be vigilant considering that the virus spreads through bodily contact and that this strain is rare, having last been confirmed in Uganda in 2011 when a case was picked from Luweero.

Bayo adds that, while elsewhere including in Congo, part of the efforts to control transmission is having ring vaccination of contacts, this will not happen in Uganda since the existing vaccine only works with the Zaire variant.

The vaccine that could work for the Sudan virus is only under development.

Meanwhile, the public has been urged to observe standard operating procedures by sanitizing and avoiding close contact with people considering that the virus can spread through bodily fluids like sweat.

MOH also urges health workers, especially in the private facilities which are the first point of care for many, to keenly observe patients and refer them in a timely manner once they develop symptoms such as fatigue, fever, chest pain, diarrhea, and unexplained bleeding from anybody.