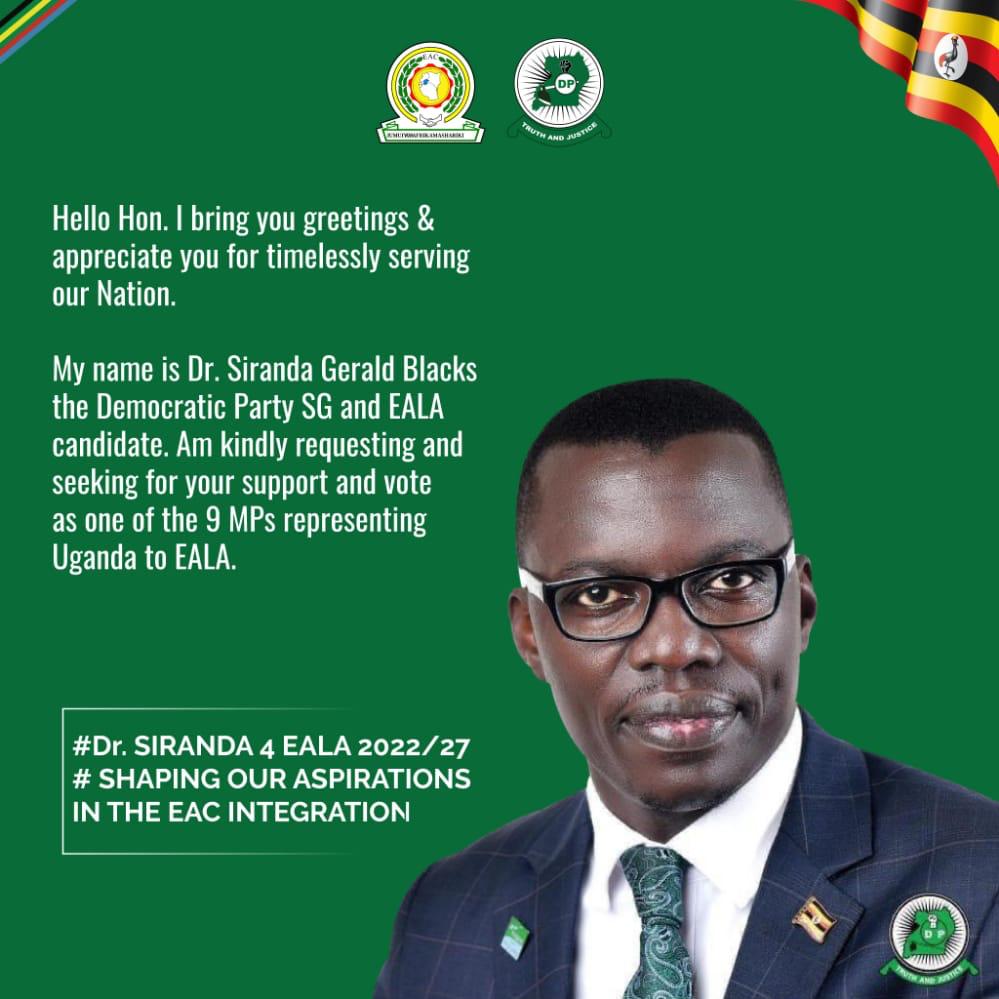 Meanwhile, the Democratic Party –DP Secretary General Gerald Siranda has also been nominated and seconded by the outgoing EALA Representative Fred Mukasa Mbidde and the party President Norbert Mao as a DP candidate.

Parliament declared September 20, 2022 as the date for the nomination of EALA representatives.

The Clerk to Parliament Adolf Mwesigye said all candidates will be subjected to a verification committee that is set to be formed on Tuesday.

The campaigns and voting for all candidates duly verified and approved by Parliament shall be conducted in Parliament on Thursday, September 29, 2022 starting at 10:00am.