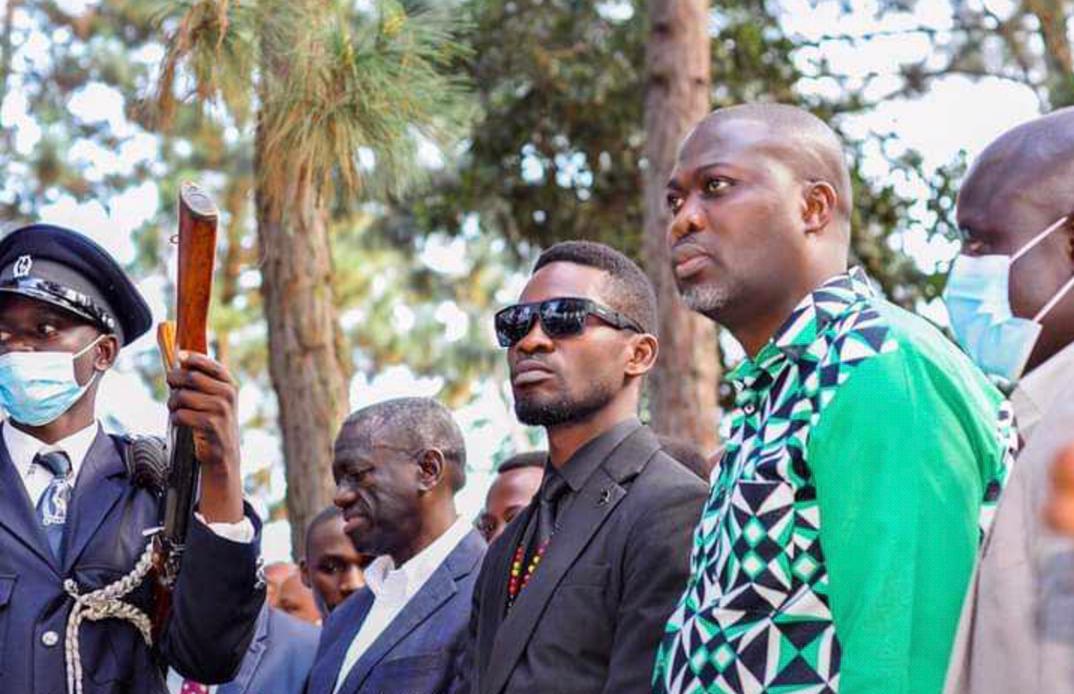 The opposition Democratic Party (DP) has clarified that it was not intentional for the Party president Norbert Mao to miss the burial ceremony of their Former party president Dr. Paul Kawanga Ssemogerere but he was on special duties outside the country.

Dr Ssemogerere who died on Friday at his home in Rubaga was on Monday accorded an official funeral at Nkumba-Bufulu village in Katabi Town council on orders of President Yoweri Museveni but the current DP President General Mao was absent.

This developed negative reactions among the public against Mao due to misunderstanding with the late over his act of joining the National Resistance Movement government.

During a weekly press conference at Balintuma in Rubaga division on Tuesday, the DP Presidential Press Secretary Fred Mwesigwa first described the talk around Mao’s absentia at the burial ceremony as cheap popularity.

Mwesigwa later clarified that Mao attended the vigil on Sunday at the late Ssemogerere’s home in Rubaga and in the morning he left to the USA to attend the graduation ceremony of the Late Speaker Jacob Oulanya’s son that happened on Tuesday in America given the Minister for Justice and Constitutional Affairs being the family’ caretaker.

Meanwhile, the DP Secretary General, Gerald Siranda has launched the condolence book at Balintuma offices, City house and at all Regional party offices for the public and later in two weeks, it will be handed over to the Late’s family.

He has disclosed that the Party is to organize national prayers to pray for the soul of Dr Paul Kawanga Ssemogere in remembrance for his contribution towards the development of the party and this country.