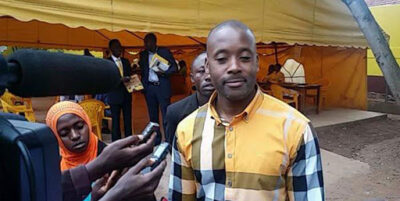 Child rights advocates together with the parliamentary forum on children are demanding the government for the certificate of financial implication to allow the tabling of the prevention and prohibition of human sacrifice and harmful bill before parliament for the first reading.

Addressing a joint media conference today in Kampala, Hon, Robert Ntende a member of the parliamentary forum for children attributes the continued acts of child sacrifice to the absence of the law to address the vice.

He demands that parliament fast track the passing of the prevention and prohibition of human sacrifice and harmful bill into law before the 11th parliament.

However, associate director advocacy at world vision, Irene Kayoga says, that the new story of a suspect appearing at the premises of parliament with a child’s head was not only shocking but a blow to their long term struggle for child protection.

Kayoga further states that such isolated incidents are among the many which go unnoticed leaving families, relatives and communities of the victims affected, which calls for the passing of the anti-human sacrifice bill into law.

Reading from Acts, 3:16, the coordinator children’s’ programme in the church of Uganda, Rev. Richard Rukundo asked Ugandans to turn back to the reality of life free of sin.

According to the child rights advocates, out of the very many cases reported to police, only a handful are prosecuted to conclusion leaving very many culprits at large.

Posted: Wednesday 16th September 2020 06:51:30 PM
Next:
Erias Lukwago back in action for the Kampala Mayoral race.

Previous:
Parliament loses a member due to Covid-19.