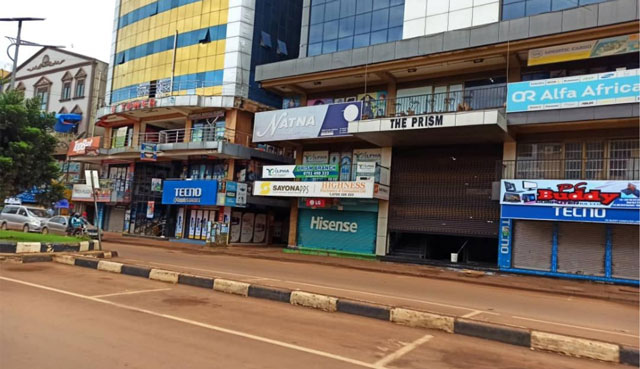 Business in Kampala’s central business district and other city suburbs has remained low on Wednesday, as President Yoweri Museveni took oath, for another term of office.

Entrance into town through Wandegeya was limited for motor vehicles only, while Bodaboda cyclists could only access the city centre through Lumumba avenue.

Along Kampala road, almost all arcades were closed in the early morning. Only restaurants were operating but even these were not fully operational. The situation along Jinja road was the same, however, arcades were opened later in the day, in downtown Kampala, along Nakivubo road, Kikuubo Lane and William Street.

Kisekka Market area, usually a hotbed for politically motivated violence, was as calm as the rest of the city. Fewer shops were opened, albeit, with little or no customers, a problem that traders blamed on the heightened security operations across the city centre.

The operations which started last evening saw hundreds of people arrested for defying nighttime curfew guidelines and hundreds of motorcycles and vehicles impounded. Traders say they have not enjoyed the swearing in of the President.

Posted: Wednesday 12th May 2021 07:14:58 PM
Next:
Muslims want a better working relationship with the new government.