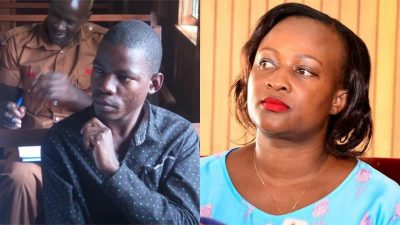 Last time court presided over by grade one magistrate Stella Amabilis said the evidence of text messages was inadvisable emphasising that Rwabwogo is not authorised by the computer misuse act to tender them in court.

However according to Brian Isiko’s lawyer, counsel Wasswa Ramandhan today he was meant to tender in his submissions asking court to dismiss the case since it lacks evidence to pin his client but unfortunately court couldn’t precede because of the absence of the state prosecutor.

It’s alleged that between November 2017 and June 2018 at unknown location in Kampala, Isiko used a computer to send love messages, which were obscene, rude, lustful or indecent to the person of Ms Rwabwoogo and using SMS messages he repeatedly attempted to disturb the peace or right to privacy of Ms Rwabwogo without a legitimate purpose.