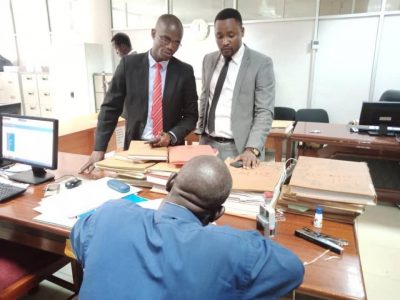 Mubiru James a city lawyer has said that Government has finally gazetted the human rights act after he dragged it to court for failure to do so.

Mubiru who wants to contest as an MP Rubaga north through his lawyers of Wameri and company advocates says in his affidavit before the high court said parliament passed the human rights enforcement bill 2019 this year and the same was authenticated by the clerk to parliament in July 2019 and thereafter assented by the President of Uganda on August 31st/2019 but it had never been published in the Uganda gazette.

He adds that due to the legal pressure, corporation has gazetted the human rights act 2019 thus there will be a press Conference tomorrow Friday morning mainly to inform Ugandans on the details about the Act.

The Act criminalises any actions that violate human rights like torture, detaining a person beyond 48 hours or any other form of brutality against a person. The perpetrator is supposed to held liable as a person not as an institution.