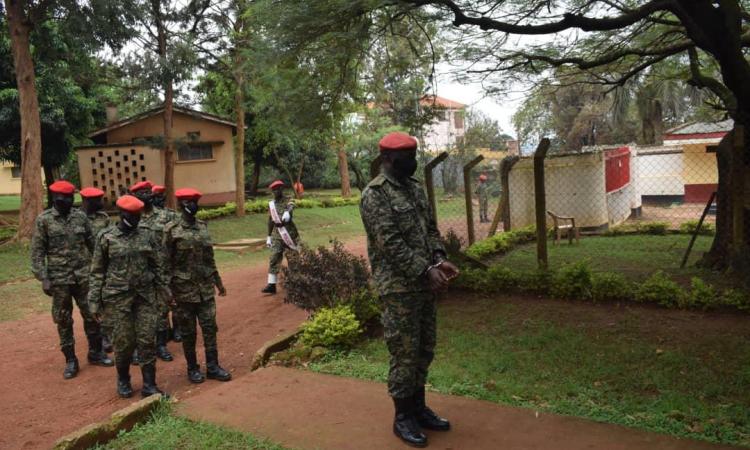 Seven Uganda Peoples Defence Force (UPDF) officers have this afternoon been committed to the Military Police Unit Disciplinary Committee (UDC), which is the lower court of the Court Martial in Makindye and sentenced for misbehaving and assaulting journalists yesterday at Prince Charles lane in Kololo-Kampala.

About eight journalists were yesterday hospitalized after sustaining serious injuries due to the beatings by the Military police officers while they were covering the National Unity Platform (NUP) leader Robert Kyagulanyi alias Bobi Wine as he petitioned the United Nations (UN) Human Rights offices in Kololo over alleged human rights violations in the country.

Akikii further indicates that the Chairman warned the culprits and the entire military police at large to always emulate discipline and professionalism while on any deployment.

Lt.Col Mpandwa also added that the above officer and militants will act as a deterrent measure to officers and militants while executing their constitutional mandate.

The Chief of Defence Forces Gen David Muhoozi has since apologised, promised to take action.