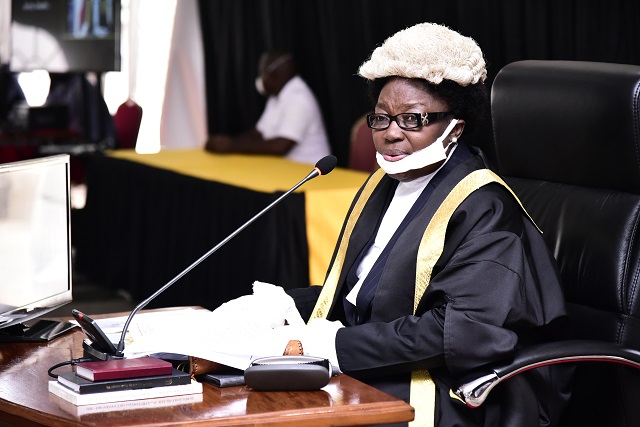 The Uganda Women Parliamentary Association- UWOPA has aligned its support to the Speaker of Parliament Rebecca Kadaga for the same position in the 11th parliament.

Addressing journalists at parliament, UOPA Chairperson Pamela Kamugo says as a way of promoting and protecting gender balance in the three arms of government, Members of Parliament in the next August house will maintain Kadaga as their main speaker.

She argued that since the Executive arm is headed by a man and the judiciary as well, the Legislative should be left to the women.

It’s from this that UWOPA leadership called upon the new Mps in the 11th parliament to support the candidature of Kadaga and also consider tasking the government to appoint more women in ministerial positions.

This comes at a time when Kadaga’s deputy Jacob Oulanya is gearing up for the same position with claims that there was an arrangement in which Kadaga would give way after serving this term.

Having been reelected as Kamuli Woman MP with over 90,000 votes, Kadaga feels more energized and qualified for the Speakership job than Oulanyah who kept his Omollo County MP Seat in Acholi-land with less than 15,000 votes.