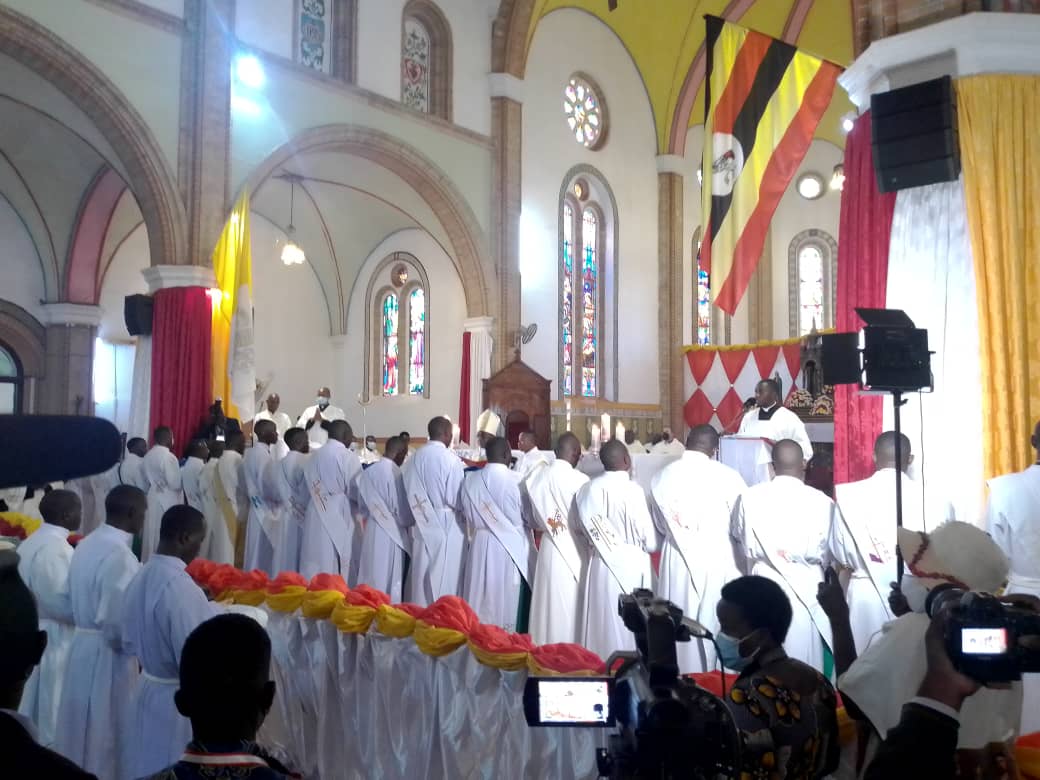 The Archdiocese of Kampala has today received 19 newly ordained priests and seven deacons.

This is the first ordination ceremony to be presided over by the Archbishop His Grace Paul Ssemogerere from Lubaga Cathedral since he took the canonical seat of the Archdiocese in January this year.

He has congratulated the newly ordained for accepting the voice of God to serve in his vineyard, that is evangelizing and consecrating Gods people through the administration of sacraments.

Drawing from the readings of prophet Jeremiah where he says he blessed each person even before he or she was created in his mother’s womb, Archbishop Ssemogerere said, it’s true they were chosen and they must answer positively by always looking for God’s Kingdom in their work.

The new priests should avoid material needs that compromise their calling, love those in their care and protect them especially the most vulnerable; the poor, elderly and persons with disabilities.

Like Pope Francis said that Even in their old age they still bear fruits while marking the day of the elderly Archbishop Ssemogerere said the throw away culture must be fought, closeness to God, Bishops and fellow priests and lastly to God’s people.

The Archbishop of Kampala His Grace Paul Ssemogerere has called on all Ugandans to use the feast of the Assumption of Mother Mary celebrated on 15th of August to pray for the country and the world at large to have peace.

Archbishop Ssemogerere says the world is challenged with wars, environmental effects, economic hardships that have affected almost every person, all need God’s prayers.

Posted: Monday 15th August 2022 02:39:06 PM
Next:
Archbishop Ssemogerere commissions 75th Parish with a caution to Ugandans to protect themselves against Ebola.